During all my high school and college years, including at least six history courses from reputable American schools, I was never taught nor exposed to the term “White Slavery “, as it applies to the historical meaning. White Slavery is the enslavement of Europeans that included a forced conscript of white males into servitude either as part of a military system or ownership without pay (Janissaries). White women were forced into prostitution or became concubines. This chattel slavery system lasted for 500 to 600 years in some form until the mid-nineteenth century.

(Janissaries began as elite corps made up through the devşhirme system of child slavery, by which young Christian boys, notably Armenians, Albanians, Bosnians, Bulgarians, Croats, Greeks and Serbs, were taken from the Balkans, enslaved and converted to Islam, and incorporated into the Ottoman army  https://en.wikipedia.org/wiki/Janissary.)

(Under Muslim rule, the Arab slave trades that included Caucasian captives were often fueled by raids into European territories or were taken as children in the form of a blood tax from the families of citizens of conquered territories to serve the empire for a variety of functions.[1] In the mid-19th century, the term ‘white slavery’ was used to describe the Christian slaves that were sold into the Barbary slave trade https://en.wikipedia.org/wiki/White_slavery.)

With all the problems we are having today, not only in America, but internationally with race and white supremacy, I wonder whether a substantial true education in the humanities would not benefit us all?

I must admit that if I had not found this work of art at a flea market, in a most unlikely place, Alabama, then I am not sure that I would have ever known about the Otterman slave trade of white people. This painting clearly shows a young white male being sold to a Sultan into slavery by his poor white family.

This painting dates to the late 19th century and is a typical style of art for that time.

Please share this article so the world knows that all people have had problems in history though much of it is intentionally hidden.  None of us are supreme to another, though we have used each other for monetary gain and pleasure. This article is a necessary share in our development to become a better people. 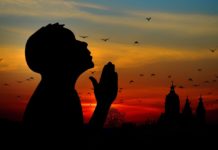 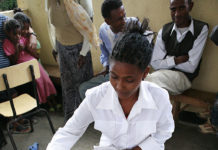